The Avlakia Session: If I needed you

The Avlakia Session on Samos island in Greece, part 2.

This song was written and originally performed by american singer/songwriter Townes Van Zandt.

Recorded 10 meters away from the lovely blue waters of the aegean sea in the small village of Avlakia on the north coast of the island of Samos, Greece, July 2010.
The outro part of the video was taken on a remote beach in the west of Samos island.
Link to part 1 of the Avlakia session: "Cloud of Unknowing" 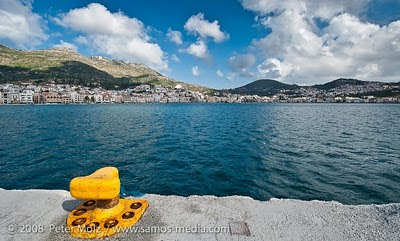 The island of Samos faces a steady decline in tourists coming to the island over the last years. On top of that, in 2010 5,8 percent less travellers as compared to the season 2009 came with international flights to the Island. 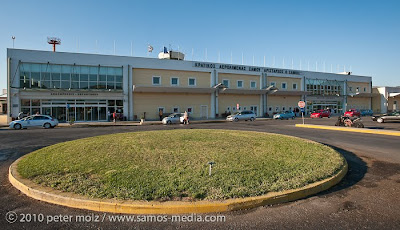 This might be interpreted as an indication that the administration - due to whatever reason - has neglected the development of skills to handle the requirements of nowadays tourism management.

What do you do when you don't know what to do?
In a situation like the one described by Carl von Clausewitz: "Nothing is more difficult than withdrawing from an untenable position".

Well, as the administration responsible for this situation - at least in part -, you might find yourself forced into hiring consultants from other islands and/or foreign countries who will design a "strategic concept" for the next 5-10 years.
This seems to be part of the Xenophilia idea of the greek people I think! ;-)

Because consultants are expected to take an independant position and focus on tourism from a perspective other than from within the island to clearly see things the administration didn't want to notice or didn't want to be confronted with!
Well, after all, some Samians might say: all of a sudden tourism went down!

One thing we have to keep in mind though, well, what could we do, if we would find ourselves on the border of the European Union, as far as possible away from Athens, in a political situation that cuts us off from almost all resources and travel connections coming from the near Asia Minor coast and that could help Samos to become a cheaper destiny.

Why do most of the goods have to be shipped via Athens or Thessaloniki to Samos? What about e.g. flights from Izmir or other turkish destinations to Samos or Ikaria island?
current situation here!

Another example: isn't it strange, that as a tourist, you can buy organized (daily) excursions by ship from Samos to the holy island of Patmos or to ancient Ephesus in Turkey. But try to do this while you are on Samos with excursions to Ikaria and Fourni, the two other destinations covered by the prefecture of Samos. And btw., Ikaria has an airport since quite a couple of years already!

In this situation, for sure, the Samians need the best consultants, e.g. "The World Centre of Excellence for Destinations" (CED) in Canada.

If you study these announcements, you will notice that they are filled with a collection of Buzzword Bingo words I know well enough from presentations of american consultants. Enthusiasm bubbles created by "speech foam".
But lets be serious: announcements are one thing and what will be achieved – despite these type of announcements - within a reasonable time frame is another thing.

As a short example: I try to do my best to use some of these well known "buzzwords" to create a "bubble of excellence".
Let's see what I can do, what about this one here:
Process to foster "Real World Measurements for Excellence in Xenophilia Performance" (RWMEXP) to excel in total Philoxenia. Lol!

The Canadair planes CL-215 help(ed) Samos a lot in fighting many forest fires during the summer seasons. So let's hope, that - with regards to tourism matters - the SMED process by the canadian based CED will indeed allow Samos to "walk upright" again and perform well in the competition with other tourist destinations within reach. Samos is - besides Crete - the first greek island to engage in this process.
And please let it not be another set of costly crutches offered to an aching administration. 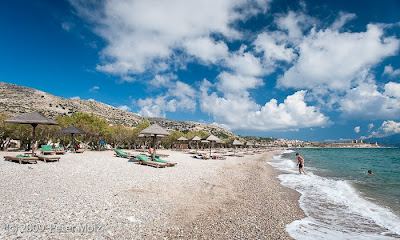 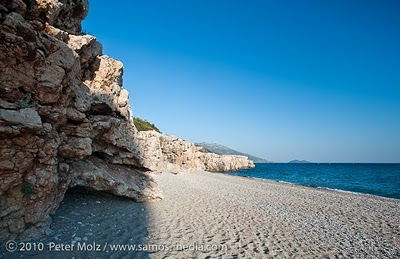 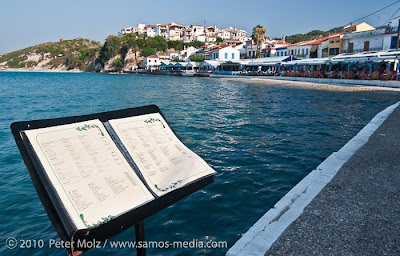 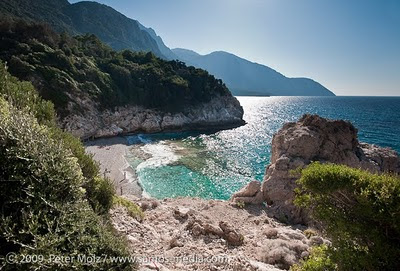 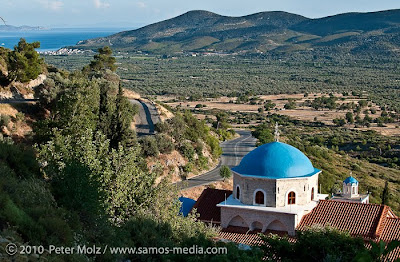 ..... with friendly and original local people, like, for example, some of the musicians I met on Samos ..... 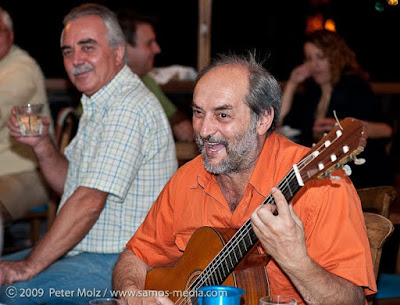 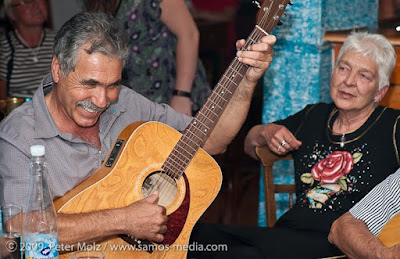 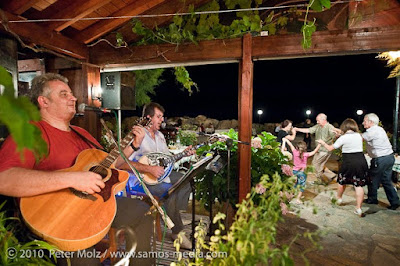 and lots of good things to eat and drink! 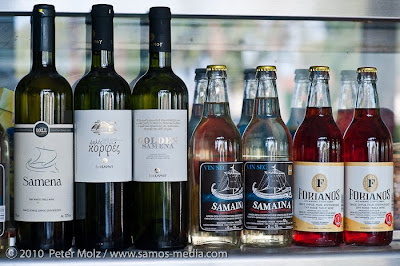 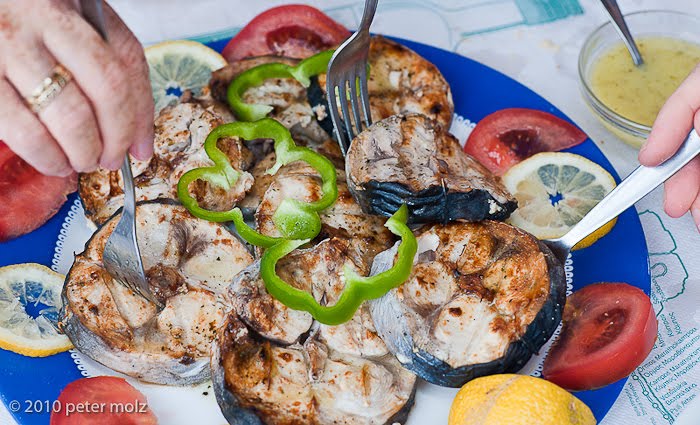 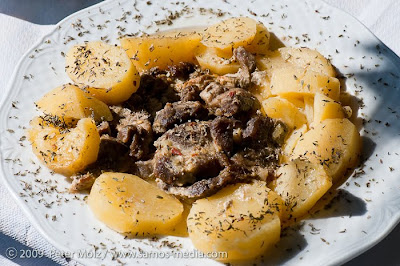 Btw., maybe this is another reason, why consultants (and investors) like to come to Samos! ;-)

But, what about the (N)Ikarians? As I see it, due to their painful experience over quite a few years, they gave a damn ;-) on what the prefecture administration in Samos-town on Samos island is/was not doing for them.

And now, indeed, in a way, Ikarians can be proud, because during the last years, Ikaria was successful in positioning itself as a unique destination and especially in attracting lots of young people as visitors to the island!

If you travel on a ferry during the summer season from Piraeus to Samos, it might appear that Ikaria acts like an age filter for international tourism: almost all who are below the age of thirtyfive will leave the ship in Ikaria, most of those aged 45 or more will stay and proceed to Samos.

I come to the island of Samos by plane via direct charter flights from Frankfurt, many, many times since 1999. And of course, I'm way beyond 45! :-)
Posted by Peter Molz at 4:46 PM 1 comment: