Not only Samos island is facing problems with the rising water...

Posted by Michael Anhaeuser at 7:41 PM No comments: 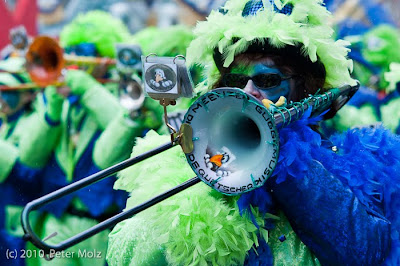 Maybe people on Samos are interested to see what is going on right now in the city in Germany where I live.

The bad news first: we are having a hard winter this year. It is cold, temperatures were below zero centigrade most of the time since the beginning of January! And we had lots of snow, unbelievable amounts of snow! It is still snowing from time to time, streets in the morning today were white again.

Now the good news: Life is extremely colourful (and loud) these days due to the hightime of carnival season! And the city of Mainz is one of the big centers for carnival (we in Mainz call it "Fassenacht") along the river Rhine.

Today, on Rose-Monday, despite the lousy cold temperatures, about fourhundred thousand people came to see and celebrate the parade in the city! The parade started in a quarter of the city called "Neustadt" at 11:11 and came to an end in another part of the city at about 16:30 in the afternoon. The parade itself had a lenght of approx. 7,5 km lasting almost 3 hours with approx. 10.000 active participants including many music groups (3.500 musicians!) and approx. 150 carnival floats.

With a couple of photos I will try to give you an idea of how colurful these days are now. Maybe the snow-white city and the pale skies acted as a perfect background to enhance all those vivid colours!
And we had lots of music everywhere with many marching bands. Not only today, but in the past days too we had many music groups playing live on a stage at Schiller square in the city, with thousands of colourfully dressed fools dancing to the music!!

Rose-Monday in the city of Mainz is a legal holiday, all shops and businesses are closed! Some even dare to say: "Mainz is a never-ending party throughout the year!"

If you want to see more photos, please visit my website about Mainz called: "Mainz-Images" with several reports on the carnival in Mainz! 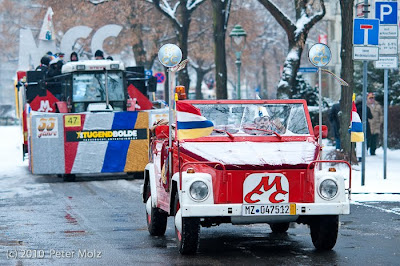 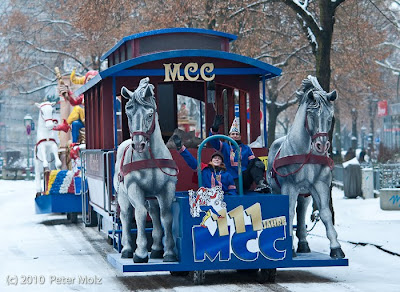 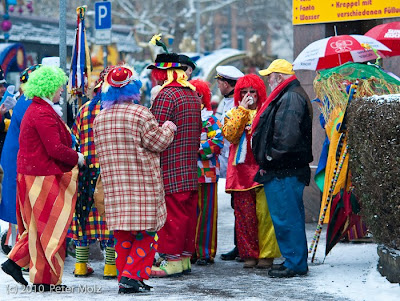 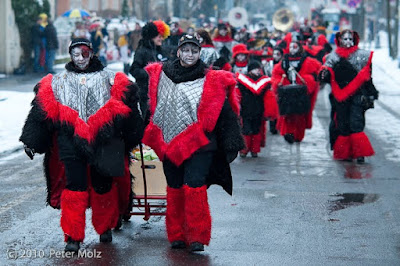 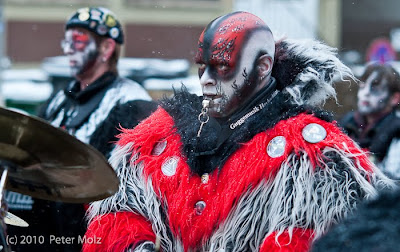 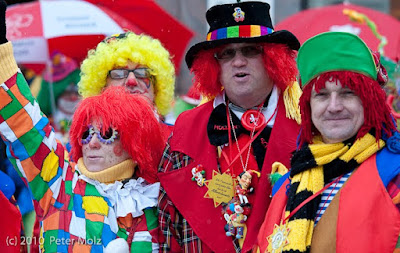 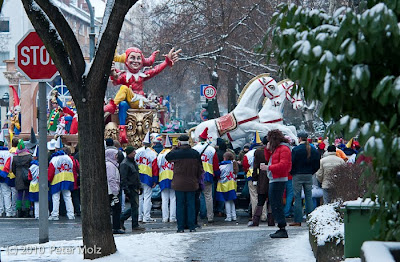 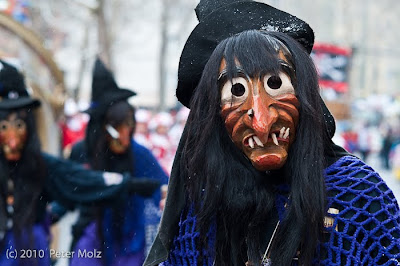 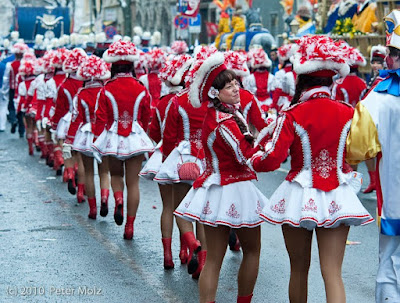 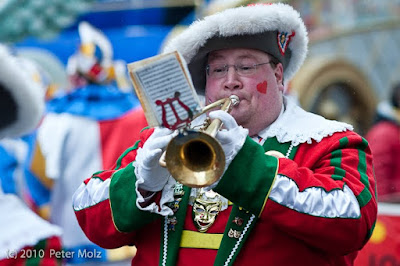 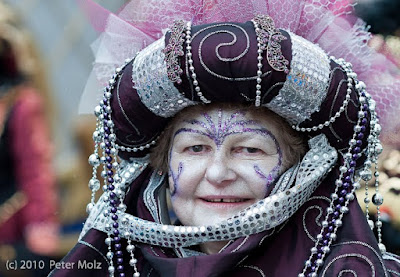 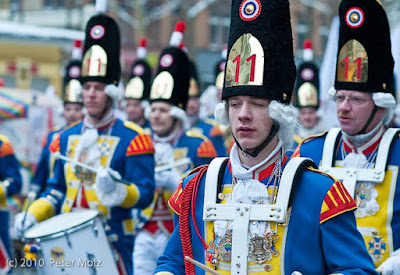 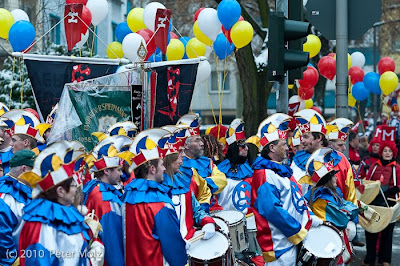 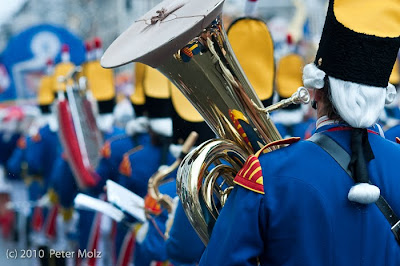 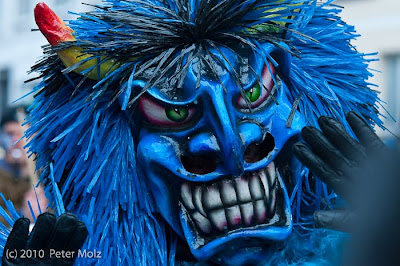 This Grey Heron is living at a Lake nearby the Hotel Dorissa Bay, Pythagorion.

Posted by Michael Anhaeuser at 10:05 PM No comments:

Posted by Michael Anhaeuser at 4:56 PM No comments: